Why Are There So Few Birth Control Options for Men? 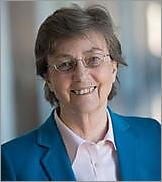 A recent article in MIT Technology Review examines why men have so few contraceptive choices. Despite a spate of news items with headlines like "Men can’t handle side effects from hormonal birth control that women deal with every day," a World Health Organization-sponsored study demonstrated that injectable hormonal birth control for men had significant negative consequences, including "one participant’s suicide and serious side effects in others, including depression." Prof. Gunda Georg, head of the Department of Medicinal Chemistry at the University of Minnesota, is quoted as saying she is "'not at all hopeful' that hormonal contraceptives for men will make their way to the market given the number of abandoned efforts and potential side effects. Instead, Georg’s lab is studying a non-hormonal male contraceptive option, an investigational drug called gamendazole that stunts the development of sperm. The immature sperm fragments are reabsorbed into the testis, the male organ that produce sperm, and never make it to the semen."