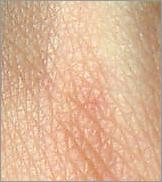 An article in Science Magazine describes the case of a 7-year-old boy who suffers from "a severe form of epidermolysis bullosa (EB), an often-fatal group of conditions that cause skin to blister and tear off at the slightest touch." He has made a dramatic recovery after being treated with genetically modified stem cells that were used to grow new skin, which was then grafted onto his body. Jakub Tolar, MD, is also developing therapies for EB; he is Dean of the Medical School and Director of the Stem Cell Institute, a Consortium member. In the Science article, he notes, that "the grafts . . . can’t repair damage to internal surfaces such as the esophagus, which occurs in some EB cases. Fortunately, that wasn’t an issue for the boy in this study. The treatment is 'a good step in the right direction,' Tolar says, 'but it’s not curative.'” In a separate article in STAT, John Wagner, MD, Director of the University of Minnesota Masonic Children’s Hospital’s blood and marrow transplant program, says the findings have “'extraordinary' potential because, until now, the only stem cell transplants proven to work in humans was of hematopoietic stem cells — those in blood and bone marrow."