Weak Sperm Bank Regulations Cause Havoc for Some Users 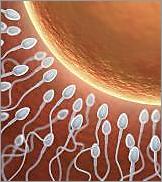 Because frozen sperm is lightly regulated, some users have had their lives upended because of lost vials, misleading donor descriptions, misappropriation, and careless record keeping. An article in the New York Times describes some of the worse cases, in which women have been inseminated with sperm carrying highly heritable, serious illnesses without their knowledge or consent. Bioethicist Arthur Caplan, PhD (New York University) notes, “Even in New York, when they inspect [sperm banks], they’re looking at hygienic conditions not record-keeping. Nobody confirms that you have what you say you have. It’s absurd that we have these materials so valuable that people pay to store them, but we run it like a 19th-century grocery.” While the official position of the American Society of Reproductive Medicine is that no further regulation is needed, several lawsuits are moving forward, and the Donor Sibling Registry has become an crucial resource for families who used the same donor to connect and share information.