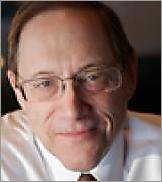 Last Friday's Board of Regents meeting featured a report from Vice President for Research Brian Herman highlighting that University researchers successfully competed for a record $788 million in externally sponsored research awards in FY16, increased business and industry funding, and launched a record 17 startups. Business and industry (B&I) funding was up 3.6 percent ($2.8 million) from the previous fiscal year, marking the highest total in U of M history. In his report, VP Herman noted, “B&I support has accounted for more than 10 percent of all externally-funded research at the U of M over the past two years and is gaining in importance as federal funding continues to decline.” According to the National Science Foundation survey of research and development — the most accurate list of research expenditures in the US — the University remains 8th among public research institutions for research expenditures in FY15, the latest year for which data is available. The Regents' report was Herman's final one as VP for Research; he is returning to the faculty. In addition to the successes described above, during his tenure Herman has also overseen major changes recommended by an outside review panel to enhance the University’s human research protection program. The Consortium has worked closely with him on that effort, collaborating on a national conference last December and another, two-day research ethics event this coming March.