Synthetic Genomics: Risks and Benefits for Science and Society

The rapidly developing field of synthetic genomics (and more generally, synthetic biology) offers great promise for both basic biological research and as a new and powerful tool for biotechnology. The hope is that this new technology will allow dramatic breakthroughs in the production of new vaccines, diagnostics, and pharmaceuticals; in renewable, carbon-neutral energy sources; and in bio-based manufacturing in general.

But, as with virtually any new technology that promises significant benefits, synthetic genomics brings with those benefits a series of societal concerns and issues. Perhaps the most prominent concern raised in the United States is that the technology may end up being used by bioterrorists. And similar to almost all work with recombinant DNA, improper use of synthetic genomics poses risks to the environment and to laboratory workers.

Other issues are harder to grapple with. Much of—perhaps most of—the current discussion among scientists, ethicists, and other concerned members of the public about synthetic genomics can more accurately be described as talking past each other, rather than with each other, about the societal issues raised by this new technology. Not only do people hold different views about what they think, society has diverging views about how to think about these issues. Concerns about the ethical and religious implications of, in their words, "creating life" have been raised by civil society groups and others. Further, questions have been raised about who will gain the benefit from this new technology.

Dr. Friedman's talk disentangled the set of concerns that is unique to synthetic genomics—where the use of synthetic genomics significantly adds to societal concerns about the use of biotechnology or new technology in general. He briefly reviewed the basics of this new technology and discuss its potential, that is, the reasons why this research is being pursued at the Venter Institute and many other labs around the world. He then turned to the above-mentioned societal issues, focusing on those aspects of synthetic genomics that make it different from other types of work with recombinant DNA. He concluded by identifying those areas where the miscommunication between scientists and the public is most troublesome.

Jeffrey Kahn, PhD, MPH
Director of the Center for Bioethics and the Maas Family Chair in Bioethics
Professor, Department of Medicine, Medical School; Division of Health Services Research and Policy, School of Public Health; Department of Philosophy
University of Minnesota 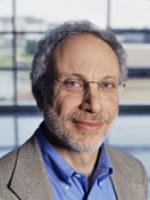 Robert Friedman, PhD is Deputy Director of the J. Craig Venter Institute facility in La Jolla, California. Friedman directs JCVI's Policy Center and is active in several projects ongoing in the Institute's Environmental Genomics Group. Prior to joining the Venter Institute, Friedman was Vice President for Research at The Heinz Center, a nonprofit policy research organization that brings together collaborators from government, industry, environmental organizations, and academia. Earlier, Friedman was a Senior Associate at the Office of Technology Assessment, U.S. Congress (OTA). For 16 years, he advised Congressional committees on issues involving environmental and natural resources policy.

Dr. Friedman received his PhD from the University of Wisconsin, Madison, in Ecological Systems Analysis, concentrating in ecology, environmental engineering, and systems analysis. He is a Fellow of the American Association for the Advancement of Science.