Over the last several decades an active and diverse movement has challenged the use of animals in science and agriculture, as well as interrogating the attitudes expressed in wildlife management and in our domestic relations with animals. It is well known that to a great extent the impetus for this movement has come from a philosophical and ethical reexamination of our place in nature. Less well known is the role that science (and scientists) have played in the development of this movement. However, the growth of scientific knowledge about animals appears to pose a fundamental paradox: the more we learn about animals, the less clear it is that we can use them simply as objects to satisfy our curiosity. This paradox runs deep. It cannot be avoided simply by leaving the lab for the field, and engaging in observation rather than controlled experiments; these too impose moral risks. How, then, should we think about animals from a scientifically informed and morally sensitive perspective? 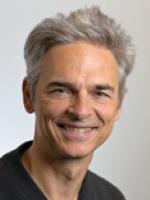 Dale Jamieson, PhD, is the Henry R. Luce Professor in Human Dimensions of Global Change at Carleton College, Professor of Philosophy and former Director of the Center for Values and Social Policy at the University of Colorado, Boulder, Adjunct Scientist in the Environmental and Societal Impacts Group at the National Center for Atmospheric Research, and Adjunct Professor at Sunshine Coast University College in Maroochydore, Australia. He is the editor of A Companion to Environmental Philosophy (2001) and author of Morality's Progress: Essays on Humans, Other Animals, and the Rest of Nature (2003).