Historically, litigation played a small role in protecting human subjects of biomedical research in the U.S. Although the trial of Nazi physicians at Nuremburg for experiments on concentration camp inmates played a key role in creating modern research ethics, most scrutiny of researchers since has been conducted by regulators and IRBs applying human subjects regulations rather than by judges and juries assessing liability. Some court cases, including Gelsinger and Grimes, have begun to change this. This lecture, by an attorney initiating a number of important cases, explored the new role for litigation, addressed critics, and suggested how litigation and regulation should combine to protect human subjects. 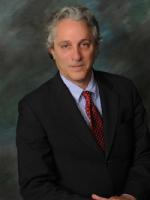 Alan C. Milstein is a nationally recognized litigator in the areas of products liability, bioethics and clinical trials litigation. He received his JD in 1983 with honors from Temple University School of Law. In recent cases, Mr. Milstein has represented the family of a young man killed in a gene therapy experiment, subjects in a melanoma vaccine trial at the University of Oklahoma, a subject in an experiment involving implantation of an artificial heart, a subject who received a placebo in a double blind placebo trial and parents of children prescribed Ritalin and Paxil for alleged behavioral problems. In addition, he has represented soldiers suffering adverse reactions to the anthrax and smallpox vaccines.