Read the related article from the Minnesota Journal of Law, Science & Technology.Prof. Annas argued that American bioethics was born at the Doctors' Trial at Nuremberg (1946-47), at which American lawyers and physicians worked together to prosecute Nazi physicians and scientists for war crimes and crimes against humanity, crimes often committed under the guise of medical experimentation necessitated by national security. The trial court's formulation of the Nuremberg Code, with its absolute requirement of informed consent, is usually presented as the trial's major medical ethics and human rights law accomplishment.

But the real legacy of the Doctors' Trial is deeper, and includes the beginnings of a convergence of human rights and bioethics at practice levels both above (international human rights law) and below (individual and professional ethics) the level of the sovereign state and its national laws. The bioethics and human rights legacy of Nuremberg includes not only rules about human experimentation, but also rules about physician's role in executions, interrogations, and torture.

On the 60th anniversary of the Doctors' Trial, Prof. Annas asked again, with Elie Wiesel, "how is it possible?" and again addressed the question of why torture is so attractive to humans and whether doctors and lawyers, working together as they did at Nuremberg, but with the advantage of a 60-year legacy, including the Geneva Conventions and the International Covenant on Civil and Political Rights, can prevent at least some war crimes and crimes against humanity by taking medical ethics—and human rights laws—seriously.

The Deinard Memorial Lecture on Law & Medicine is co-sponsored by the University of Minnesota's Joint Degree Program in Law, Health & the Life Sciences and the Center for Bioethics.

Support for the series comes from the law firm of Leonard Street and Deinard and the Deinard family. 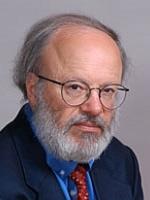 George Annas, JD, MPH, is the Edward R. Utley Professor and Chair of the Department of Health Law, Bioethics & Human Rights of Boston University School of Public Health, and Professor in the Boston University School of Medicine and School of Law. He is the co-founder of Global Lawyers and Physicians, a transnational professional association of lawyers and physicians working together to promote human rights and health.

Prof. Annas has degrees from Harvard College (AB economics, 1967), Harvard Law School (JD, 1970) and Harvard School of Public Health (MPH, 1972), where he was a Joseph P. Kennedy Fellow in Medical Ethics. After graduating from law school, he clerked for Justice John V. Spalding of the Massachusetts Supreme Judicial Court, and came to Boston University in 1972 as the Director of the Center for Law and Health Sciences at the law school.

Prof. Annas is the author or editor of sixteen books on health law and bioethics. He has been called the father of patient rights, the doyen of American medico-legal analysts, and a national treasure.